Invest in your future with a professional designation

In this rapidly evolving world, new technologies are in constant development; a standard for understanding needed to be established.

Foundational Technologies Institute working in conjunction with industry experts, researchers and educational providers have established a process to measure students’ level of understanding through our comprehensive examination process. Upon successful completion of the exam, graduates will receive a professional designation in the technologies of tomorrow.

FTI is designed to examine the progression of current curriculum & courseware to ensure it meets a global standard. We will then provide an independent certificate examination that generates an unbiased barometer of your skills in the field of technology.

FTI’s international team of advisors ensures we stay at the forefront of technology innovation and development to offer the most cutting edge & comprehensive designation exam available for technologies.

Upon successfully passing an exam, graduates will receive a professional designation in their chosen technology. 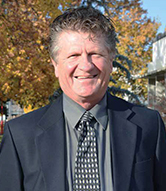 As an executive with over forty years of progressive experience in information management and systems. Wayne has proven skills in leadership along with strategic and operational planning, customer service, timely delivery of large complex projects, team building and staff development. He retired in 2007 but came out of retirement in 2014 to create courses for the Project Management Certificate program at Okanagan College where he stills teaches. It was during this time that Wayne first conceived the idea of Education-as-a-Service (EaaS). Wayne is committed to providing real world education solutions in a manner that provide long-term sustainability and global value.

Dave Lee is currently a Marketing Consultant in International Education. His work has taken him around the world including extensive time in China and Latin America. Dave has worked in the education system in schools,  technology and online education, international education and with the Ministry of Education. 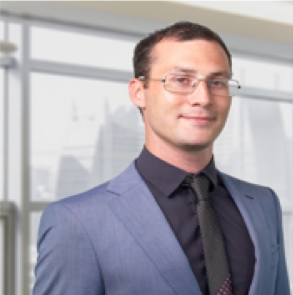 Evan is an experienced blockchain professional. Evan has served as an advocate for the State of Hawaii Digital Currency Group and consultant for Bitcoin payment platform company Wampei Inc. along with LATOKEN exchange (founder of the Blockchain Economic Forum). 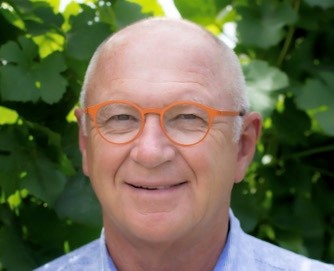 Tom Loewen is an advisor for blocksEDU. After retiring, he set up Loewen Business Consulting and provides various services to the waste and recycling industry. Prior to establishing LBC in 2016, Tom was Area Manager for BC, providing regional leadership and direction for BFI Canada Inc, which rebranded into Progressive Waste Solutions, one of the largest non-hazardous solid waste management companies in North America. Over his 36 years in the industry, Tom has been involved in sales, marketing, operations and general management. Tom holds a B.R.E. (Bachelor of Religious Education) Degree, a Certificate in Blockchain from Okanagan College and has been granted the global credential, Blockchain Professional – Generalist (BPG). Tom is an ongoing student of leadership and has recently worked as an event manager in Kelowna for the Global Leadership Summit. 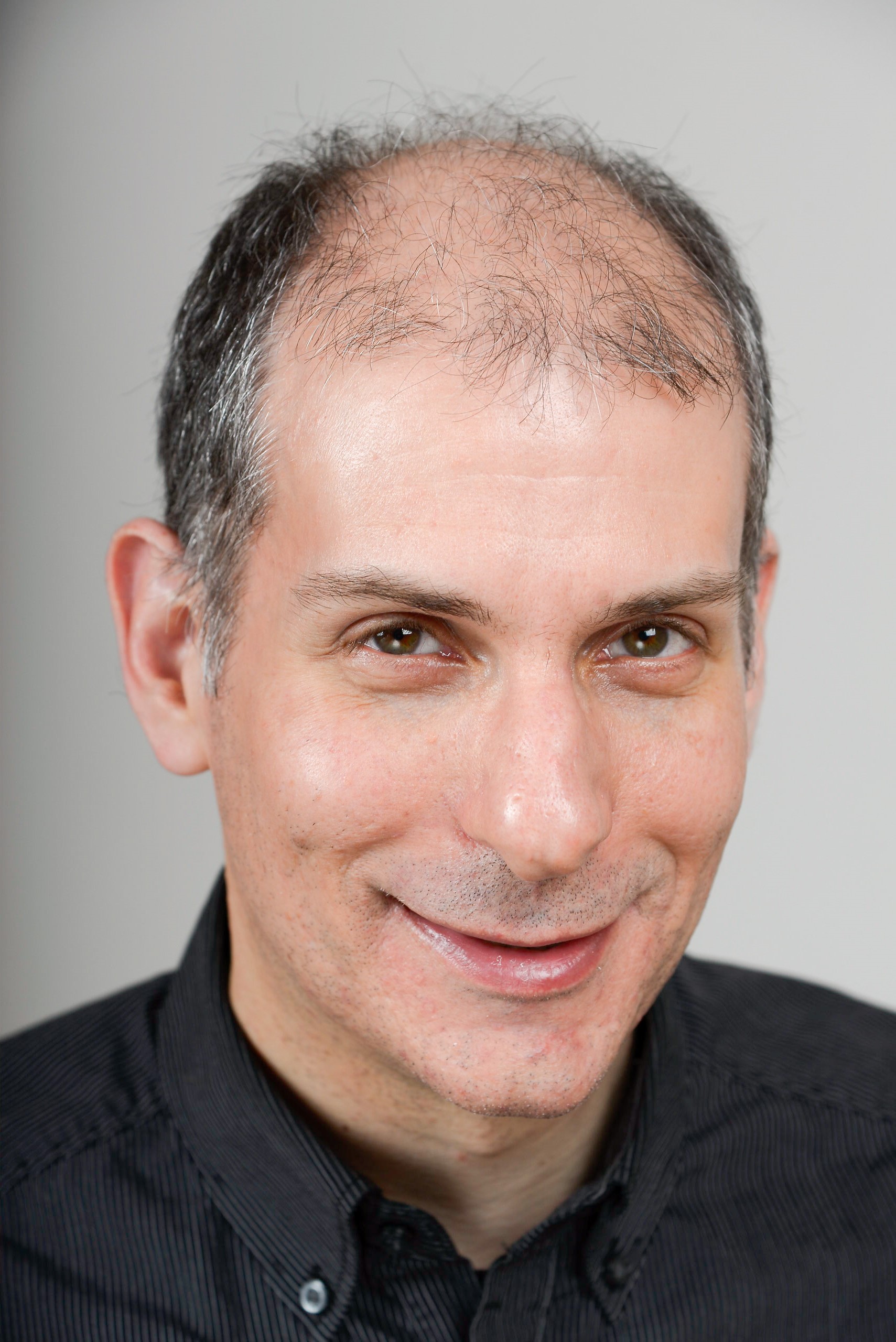 Jason Smolensky is an engineer, educator and technology enthusiast.  Jason’s thirty-year career has spanned a number of roles and industries including developing the North American business of a European Fuel Cell company, Energy Trading Risk Management, Engineering and Management Consulting and teaching.  Jason currently manages The Simulation and Business Intelligence Group of a large global engineering company and is an Adjunct Professor in The University of British Columbia’s Faculty of Applied Science. 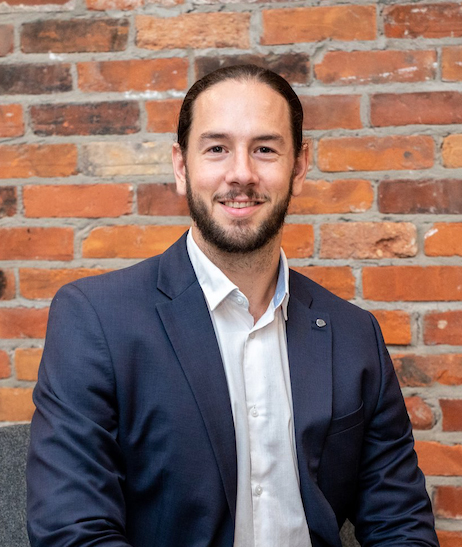 Bryce is the founder and CEO of Flash Forest, a drone reforestation company that offers rapid, affordable and scalable solutions to deforestation and climate change. Bryce has a degree in Biology, a background in forestry and is a specialist in both mechatronics and UAV technology. 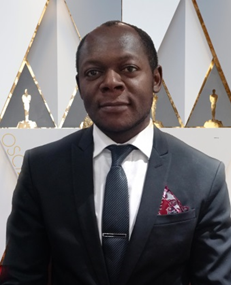 Gabriel John is a professional agrologist and holds a Master’s degree in Resource Economics from the University of Alberta. He also holds a certificate in Greenhouse Gas Inventory Quantification (GHG-IQ). Gabriel has over 15 years of diverse experience working in academia, as well as in both private and public sector policy and program development.

Gabriel has worked in academia as an agricultural economics lecturer and researcher for five years and also in the development of ethics and values legislation and standards for a developing country.

Gabriel’s government and scholarly work in the past decade has focused on developing strategic policies and innovative programs in the complex energy-environment nexus. He has been engaged in systemic design and strategic foresight for policy and program development in the areas of climate change, emissions management, clean energy, and technologies.

Gabriel currently works on strategic environmental and sustainable energy policies and programs, including policies relating to renewable development and the de-carbonization of the electricity sector. 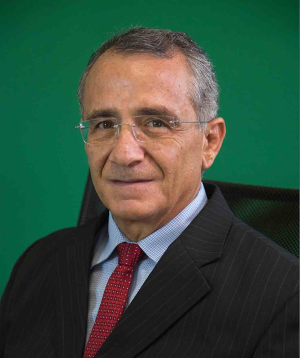 He began his work as a researcher in 1981. In 1988 he joined the Mexican Academy of Sciences. Member of the National System of Investigators from 1984 to 2007. Coordinator of Scientific Research of the Area of Exact Sciences and Engineering of the University of Guadalajara between 1987 and 1989. He served as Vice-Chancellor of this same study house from 1993 to 1995.

Throughout his academic career he has published more than 150 arbitrated articles and directed more than 60 theses in materials science, mathematics and education. He has also been a speaker, guest and consultant on topics related to learning technologies, quantitative methods in education, leadership, strategic planning and performance indicators.

From 2007 to 2011 he served as Secretary of Planning of the Government of the State of Jalisco, where he innovated the processes of planning and government evaluation through online systems, based on indicators, that ensure alignment between plans and actions. In addition, he coordinated the deployment of the “eJalisco State Network”; hybrid broadband network that connected more than six thousand schools, health centers and community centers.

From December 2011 to February 2013, he served as Secretary General of Government of the State of Jalisco.

He is currently Chairman of the Board of the Institute of Online Learning and advisor on topics related to: digital inclusion, learning technologies, strategic planning and indicator evaluation methodologies. 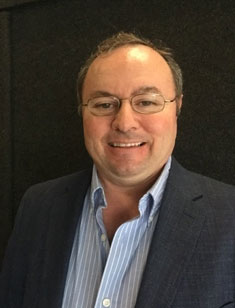 Currently Joe is the owner of MyBlockChainExperts and is based out of Jacksonville, Florida. He has been in the IT field since 1993 where he migrated from the UNIX networking world to data storage and then onto Enterprise Cloud/Virtualization and Blockchain Architectures.

He has also been a contract technical trainer for HPE (3PAR), Hitachi Data Systems, Training Associates, ITPrenuers and Global Knowledge.

Joe is a widely published course author and his current book “Architecting Enterprise Blockchain Solutions” was published by Wiley in January of 2020.

Joe is a leading expert in enterprise blockchain and associated real world applications, such as FinTech, Supply Chain and many more.